Matthew Kaplan was appointed as CRLT's Executive Director in 2015. He joined CRLT in 1994 and was Managing Director from 2007-2014 and Interim Director from 2014-2015. Matt leads new initiatives on teaching and learning and represents both CRLT and the broader University community on those topics. He also runs professional development programs for University of Michigan department chairs and associate deans, as well as international higher education leaders. He collaborates with the Artistic Director of the CRLT Players on theatre projects and with CRLT’s professional staff on meeting the needs of the university’s instructional community. Matt received his Ph.D. in comparative literature from the University of North Carolina at Chapel Hill, where he worked at UNC’s Center for Teaching and Learning for three years before joining CRLT. He has published articles on the academic hiring process, the use of interactive theatre as a faculty development tool, and the evaluation of teaching, and he co-authored a chapter of McKeachie’s Teaching Tips on technology and teaching. He has co-edited The Scholarship of Multicultural Teaching and Learning (Jossey-Bass, 2007), a volume of New Directions for Teaching and Learning, and edited two volumes of To Improve the Academy (New Forums Press, 1998, 1999). With former Executive Director Connie Cook, Matt edited Advancing a Culture of Teaching on Campus: How a Teaching Center Can Make a Difference (Stylus Publishing, 2011), a book describing CRLT programs and strategies authored by them and their CRLT colleagues. He was a member of POD’s Core Committee from 1998 to 2001.

Sara Armstrong has been the Artistic Director of the CRLT Theatre Program since 2012. She has over twenty years of experience as an actor, director, dramaturg, arts administrator, and educator across professional, university, and community contexts. In her role at CRLT, she maintains the company’s repertoire of existing productions, develops original scripts, facilitates Players sessions, and works with academic units to incorporate theatre into their professional development programming. She also consults with faculty and graduate student instructors on vocal presentation skills and arts integrated instructional practices. Sara received her PhD from the interdisciplinary theatre and drama program at Northwestern University where her research focused on the framing and reception of rhythm-centric performance pedagogies.

Denise Galarza Sepúlveda was a member of the faculty at Lafayette College for twelve years in the Department of Foreign Languages and Literatures where she also chaired the Latin American and Caribbean Studies Program. She received her Masters from Purdue and her Ph.D. from Emory University. Throughout her career she led various initiatives designed to promote transformative learning and has received awards for her teaching and course design. At Lafayette, she was awarded the Excellence in Diversity Education Award and the Woman of Distinction Award by the Association of Black Collegians “in recognition for the immeasurable hours dedicated to the continued success of marginalized groups on campus.” Her research focused on the forging of eighteenth-century proto-national identities during periods of economic and social instability and has appeared in the top journals in her field, including Revista de Estudios Hispánicos and Revista Iberoamericana. Prior to joining CRLT, Denise was the inaugural director of the office of Community-Engaged Academic Learning, where she built strong collaborations with faculty, students, and departments around high impact learning opportunities for LSA undergraduates. As Director of the Foundational Course Initiative she provides strategic leadership for this campus-wide presidential initiative, which aims to create a 21st century model for teaching at scale in ways that are inclusive and innovative. A native of Puerto Rico, she volunteers as a teacher in En Nuestra Lengua, a Saturday Spanish school dedicated to promoting Spanish literacy, cultural enrichment and the academic success of Latino children in Southeast Michigan.

Michelle Getchell joined the CRLT team in 2016. In her role as the Director of Conferences and Events, she manages the project staff who coordinate a variety of events, including Graduate Student Instructor Teaching Orientation, Provost Seminar on Teaching, and weekly Seminar Series. She also supervises the Communications Coordinator and front office operations. Along with her bachelor's degree in Business Management and associate's degree in Human Service (both from Cornerstone University), she brings over twenty-five years of experience to the team. She previously worked as Events Manager at U-M College of Engineering and continues to serve as Executive Director for the non-profit Twinless Twins Support Group International. Michelle is passionate about the way a well-crafted event can bring people together to accomplish great things, and she enjoys putting this passion to work at CRLT.

Brian Konz earned a B.A. in International Affairs from the University of Cincinnati and MBA from Xavier University.  He joined CRLT as the Business Administrator in 2017.  He has over 10 years of experience working in the financial and administrative areas at the University of Michigan that includes working at Business and Finance, The Office of the Provost, National Center for Institutional Diversity (NCID), and The Detroit Center.  He is responsible for the management of the budget, human resources, financial analyst and reporting, and procurement activities.

Malinda Matney is Managing Director, Educational Development and Assessment Services at CRLT. In this capacity, she works with U-M's faculty and academic units on assessment of student learning, evaluation of educational initiatives, and the scholarship of teaching and learning (SoTL). Her research and teaching interests include assessment of program outcomes and analysis of trends in student behaviors and expectations. Her recent studies have included examinations of undergraduate first year experience, Millennial and Global Generations, social networking for faculty and students, first generation student issues, and climate for students, faculty and staff. She coauthored the 2014 book, The influence of Fraternity and Sorority Involvement: A Critical Analysis of Research (1996-2013), and contributed a chapter to the 2018 book, Hazing: Destroying Young Lives. Outside CRLT, Malinda serves as a speaker on generational trends, risk management trends, and values-based leadership. She has served as National President of Kappa Kappa Psi National Honorary Band Fraternity, the first female to do so, and was a foundational member of the Board of Directors of HazingPrevention.Org. Malinda earned her bachelors degree in music from Wichita State University, her M.Mus. in music literature from the University of Colorado, her Ed.S. in higher education administration from the University of Missouri at Kansas City, and her Ph.D. in higher and postsecondary education from the University of Michigan.

Whitney Peoples earned a Ph.D. in Women's, Gender, & Sexuality Studies from Emory University, an M.A in Women's Studies from the University of Cincinnati, and a B.A. in Political Science from Agnes Scott College. With fifteen years experience in feminist and critical race research, activism, and teaching, Whitney has spoken and written on the intersections of race, gender, health, and popular culture. She has taught introductory, core, and special topics courses in Women's and Gender Studies and African American Studies, including courses on feminist media studies; African-American gender ideologies; race, sexuality, & identity; reproductive justice; feminist research methods; and feminist pedagogies. Whitney has also published critical essays on topics including hip-hop feminism, advertising for oral contraceptives, and representations of women in African American film. Whitney joined CRLT in 2017 and serves as the designated Instructional Consultant with a focus on Race and Ethnicity and is a member of the Center's Diversity Leadership Committee. 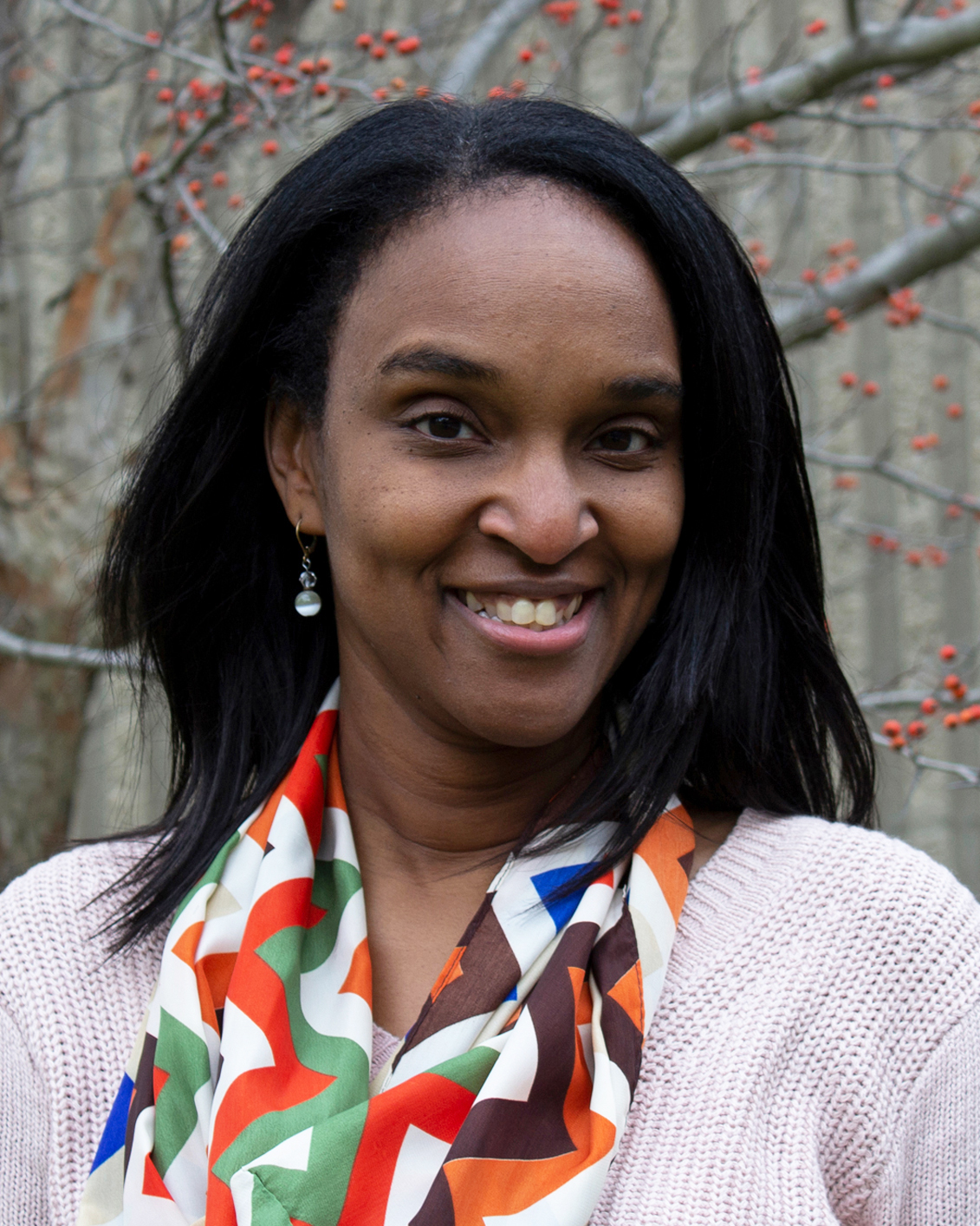 Tershia Pinder-Grover received a B.S. in Fire Protection Engineering from the University of Maryland, and went on to earn her M.S. and Ph.D. in Mechanical Engineering from the University of Michigan. She joined CRLT in August 2005 and now serves as the Director of CRLT in Engineering, where she coordinates initiatives for engineering faculty, develops workshops and seminars, and consults with faculty and graduate students on a variety of pedagogical topics. Her current research interests include examining the effect of instructional technology on student learning and performance and assessing the impact of peer mentoring programs for GSIs.