Michelle Getchell joined the CRLT team in 2016. In her role as the Director of Conferences and Events, she manages the project staff who coordinate a variety of events, including Graduate Student Instructor Teaching Orientation, Provost Seminar on Teaching, and weekly Seminar Series. She also supervises the Communications Coordinator and front office operations. Along with her bachelor's degree in Business Management and associate's degree in Human Service (both from Cornerstone University), she brings over twenty-five years of experience to the team. She previously worked as Events Manager at U-M College of Engineering and continues to serve as Executive Director for the non-profit Twinless Twins Support Group International. Michelle is passionate about the way a well-crafted event can bring people together to accomplish great things, and she enjoys putting this passion to work at CRLT.

Brian Konz earned a B.A. in International Affairs from the University of Cincinnati and MBA from Xavier University.  He joined CRLT as the Business Administrator in 2017.  He has over 10 years of experience working in the financial and administrative areas at the University of Michigan that includes working at Business and Finance, The Office of the Provost, National Center for Institutional Diversity (NCID), and The Detroit Center.  He is responsible for the management of the budget, human resources, financial analyst and reporting, and procurement activities.

Hannah Burke earned her B.S. in Arts and Entertainment Management and Administration with a minor in Marketing from Eastern Michigan University. She worked in technical theater for eight years, built on her creative skills working in a graphic design office, and interned with local festivals and university symposiums to learn about Marketing and volunteer coordination. Within CRLT, she leads in the planning and implementation of events ranging from meetings and seminars to orientations.

Josh Caldwell joined the CRLT event staff in August 2019. He previously worked as the Events Manager at Indiana University, Indiana Memorial Union. He has over fifteen years of experience in event management, live event production, and hotels.

Malini Dasgupta earned her B.S. in Mathematics with a minor in Linguistics from the University of Michigan in 2019. She has previously worked in event planning for the non-profit organization Books for a Benefit, where she was involved in the development of K-12 school and community outreach programs and enjoyed facilitating literacy workshops for students.

Ryan Hudson earned bachelor’s and master’s degrees in political science from Carleton College and the University of Michigan, respectively. Certified to Teach English as a Foreign Language by the University of Liverpool, she did so in Prague from 1989 to 1991. As a GSI, she received teaching awards from Rackham and the department of political science. From 2006 to 2015, Ryan led CRLT's event planning team and provided general research and editing support. In 2016, she became Matt's assistant, and she also supports the teaching award competitions. 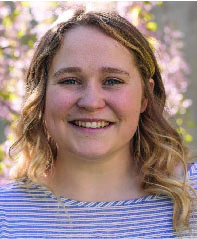 Kayla Lang earned her B.A. in Business and Communication from Hope College in 2020. She held leadership roles within event planning organizations during her time at Hope and coordinated the incoming student orientation for the class of 2023. Her experiences led her to pursue event planning specifically within a higher education setting. Her role within CRLT includes planning and the implementation of events.